Well if Johnny Depp doesn’t know, then I sure as hell don’t. What I DO know is that I thoroughly enjoyed every minute of this movie. 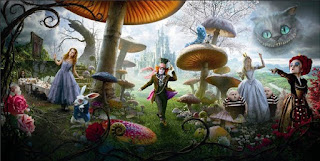 *Disclaimer: I have a deep, abiding love for Alice in Wonderland. And not because I like drugs. This is a fascination that I have cultivated for a lifetime (through the Disney version, of course). So excuse my heavily biased preference for this movie.*

As Alice was counting her six impossible things to believe before breakfast, I was counting the six reasons I thought this movie was awesome (in no particular order).

1. The costumes in this movie were INCREDIBLE. When I first saw the preview and saw Alice shrinking out of her dress, I thought they were nuts. How in the world were they going to have her have to get re-outfitted every time she changed size? But they made it work in a serious way, both plot-wise and visually. The costumes were by far one of the highlights of the movie for me. 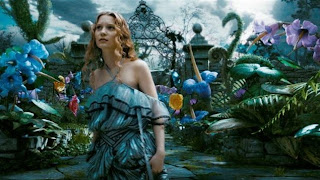 [source]
This one is one of my least favorite. But it’s still pretty cool!

2. Two words: ALICE’S HAIR. I’ve never felt hair envy like this before. At the beginning of the movie, Alice is sorta pretty with a hefty helping of awkward. As she falls down the rabbit hole, she is transformed into this beautiful, confident, blond amazonian woman. Could it be the good acting? Nah, IT’S THE HAIR, STUPID! As her hair falls loose it becomes wavy and tangled but clearly perfect at the same time. I’ve never hated my super straight hair more in my life. 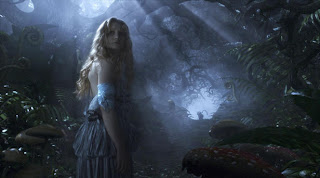 3. The Cheshire Cat was legit. He was a cool cat. That is all I have to say about that. 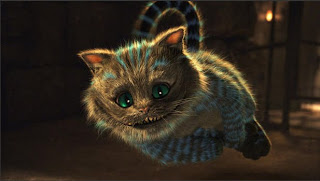 4. This movie was visually stunning in pretty much every way. The scenery was gorgeous. I was especially pleased by the White Queen’s castle and everything around it. 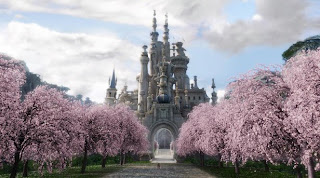 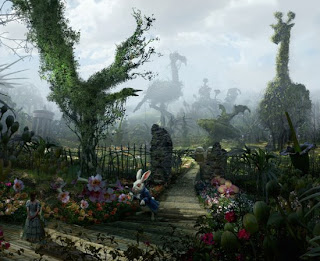 5. When the armies of white chess pieces and red playing cards collided in a full-blown battle at the end of the movie, my heart was happy.

6. If I made a MasterCard commercial out of this post, Johnny Depp reciting Louis Carroll’s nonsense in a Scottish accent would be the priceless line. The Mad Hatter has three or so voices, but when he uses the Scottish brogue you know he mean’s business. It was AWESOME. 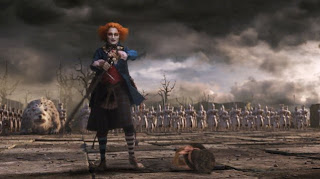