A few weeks ago I applied for a job. It was a job I had already applied for once and I wasn’t really expecting to get it. The application asked to “show your personality” and was generally pretty informal, so I went for it.

I drew inspiration from the great Lloyd Dobler, and told them so in my application. I explained that while I wasn’t sure what I wanted to do with my life yet, there were some characteristics that I knew I wanted in a job, and that I believed that this job had those characteristics.

I didn’t hear back from about the job, but the exercise in itself was important. 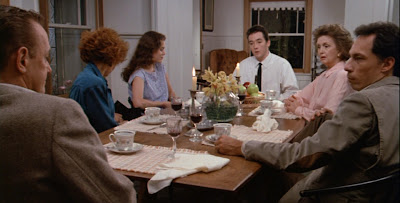 Lloyd doesn’t know what he wants to do but he does know what he doesn’t want to do. I have ideas about what I want to do, and hopefully my criteria allows for more options than Lloyd’s.

I want to design and create.
I want to immerse myself with creative people, beautiful things, and joyous occasions.
I want to inspire and be inspired.

It’s so hard to pick one thing you want to be when you grow up. I’ve been struggling with this a lot lately, and it’s taken me weeks and weeks to write this post. I know all that it’s “all about the journey blah blah blah…” but it still feels like there should be something more definitive.

If you’re feeling the same career blues as I am, you should totally watch Say Anything. The movie is almost as old as I am but it still speaks to these issues.

« Update on Operation FIWD
Say Anything »