Here is another week’s worth of food we’ve been eating!  There probably won’t be one next week since we are home this week, but I’ve been enjoying posting these so far!
Picnic Basket Chicken 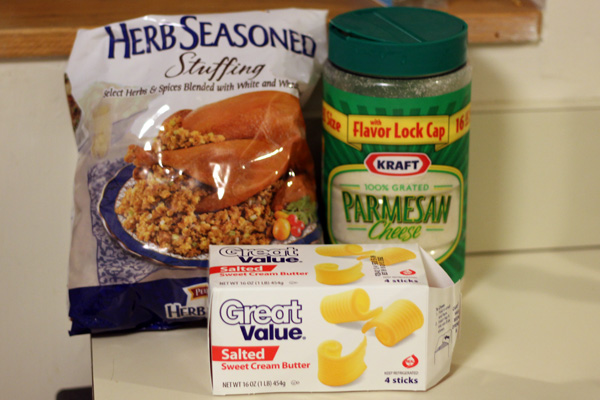 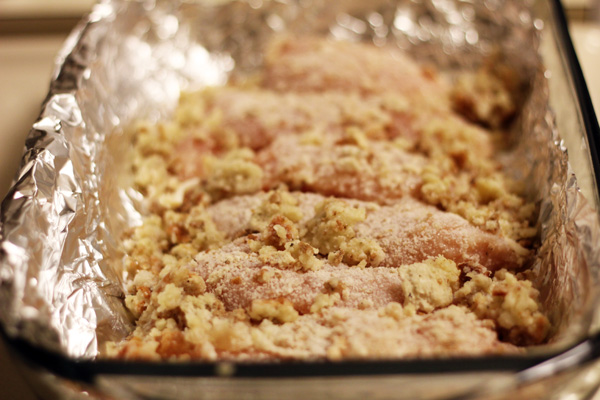 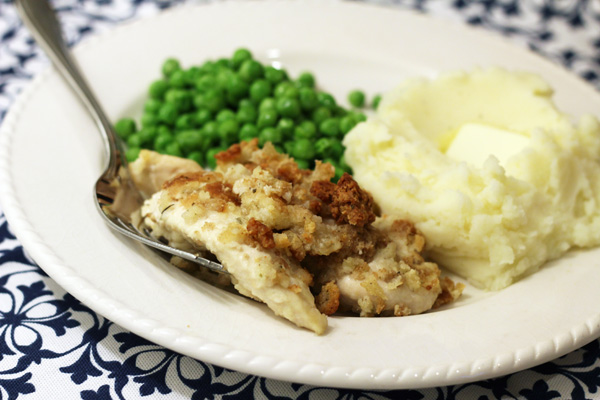 This is a recipe that my mom used to make a lot when I was growing up.  It’s really easy, and it’s so good!  There are only three ingredients:

I didn’t have the recipe on hand, but all you do is melt the butter (I used about 3 tablespoons- however much you need to cover the amount of chicken you’re making.)  Then you mix the stuffing and parmesan together.  I used about 1/2 cup stuffing, 1/4 cup cheese (or 2 parts stuffing, 1 part cheese.)  Then you dip each piece of chicken in the butter, then the stuffing mixture, and stick it in a baking dish.  When you’re done, I recommend mixing all the leftover butter and stuffing together and throwing it in the baking dish with the chicken, because let’s face it, that’s the best part!  Then you just bake it at 350 until it’s baked through, flipping it about halfway through (I think I baked the dish above for 30 minutes.)  It’s so good and it was awesome with the leftover mashed potatoes that Brian had made for the Thanksgiving potluck we had attended the night before.
Spaghetti and Meatballs 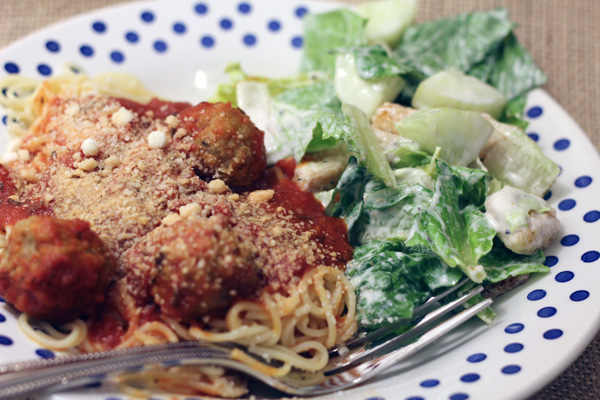 This is super boring, but I happened to snap a picture so I’m including it.  It’s just frozen meatballs we had and Ragu.  We don’t eat it all the time, but it’s really quick and tasty!
Honey Lime Tilapia 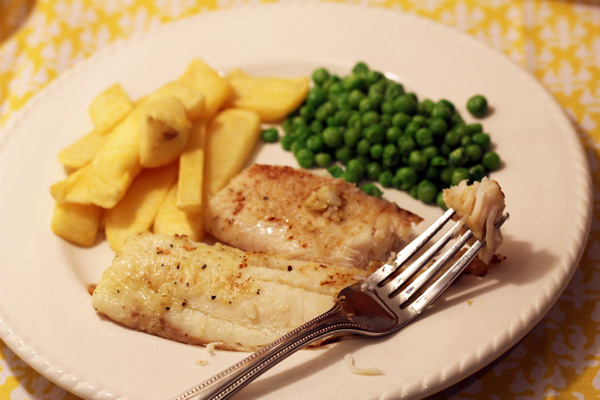 This is our new favorite tilapia recipe.  We’ve made it three times and we love it!  The only thing is that mine doesn’t look like the picture, but hey it still tastes good!  I highly recommend it.
Parmesan Basil Angel Hair 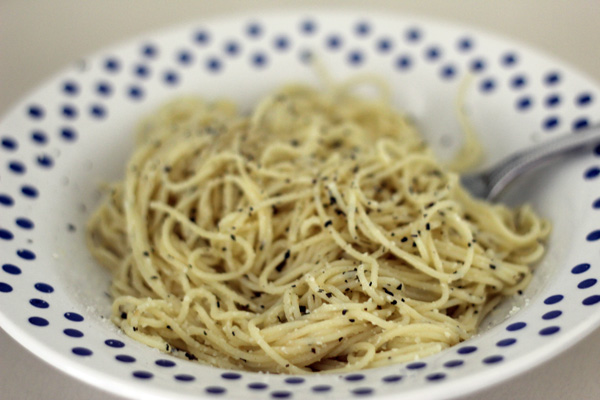 I got such a great response from my leftover pasta mac and cheese that I figured I would post this too.  Brian and I were trying to not have to go to the store this weekend but we didn’t have a ton of food in the house, so for lunch we made angel hair pasta and I just mixed in dry basil, olive oil, parmesan cheese, and salt and pepper.  Yum!
Nutter Butter Balls 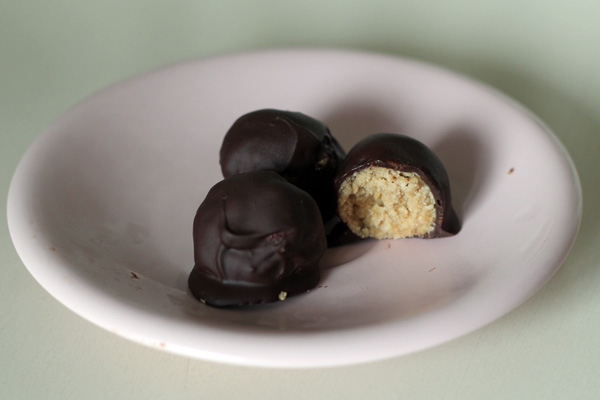 PEOPLE.  These are delicious!  My mom’s family is from Cincinnati, so buckeyes are a tradition in my family, but I’m telling you, these give them a run for their money!  Brian is a huge peanut butter and chocolate fan, so these were his request, but they were SO good!

Brian and I are home for Thanksgiving- we are so happy to be back with our families!  But don’t worry, I still have a few posts scheduled for this week!