Well guys, January has come and gone, and I am happy to report that I was able to stick to my New Year’s resolution of salad every weekday.  I thought I would report on some things I learned. 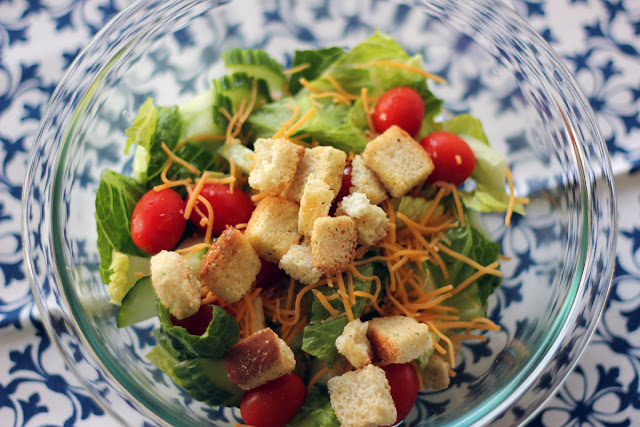 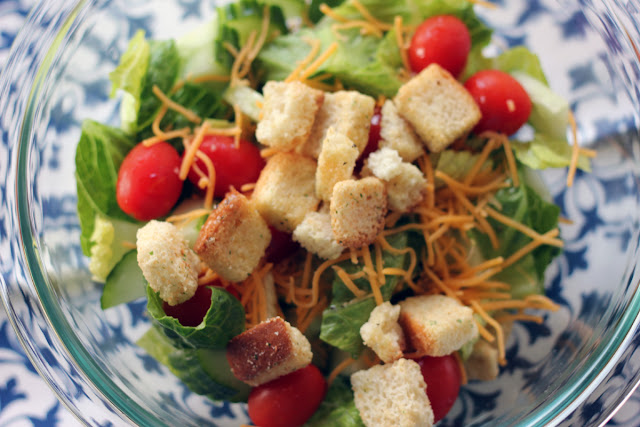 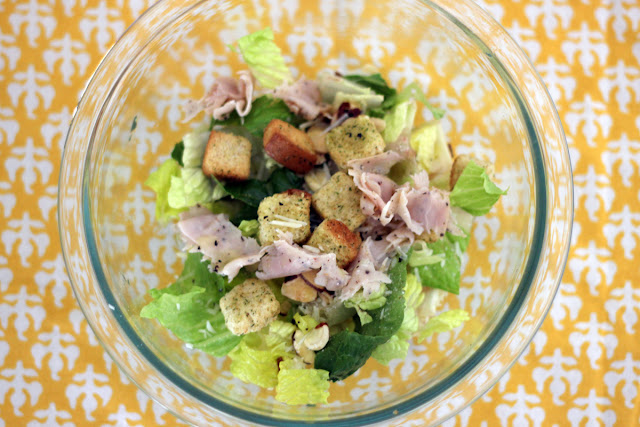 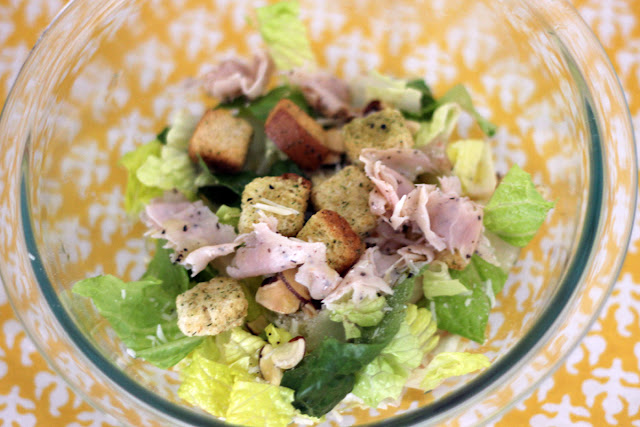 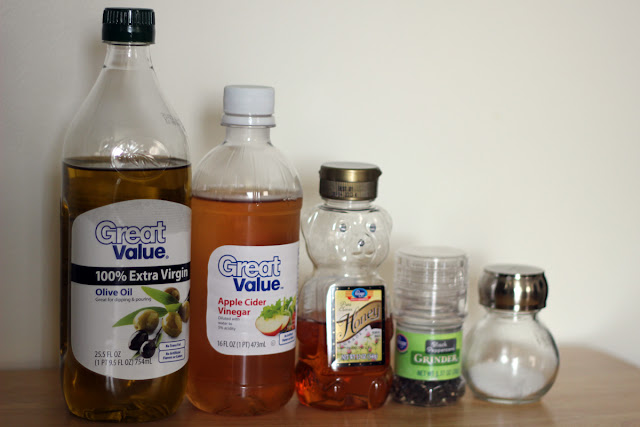 A few things before I dole out my nuggets of wisdom… I wound up not being very experimental with toppings during the second half of the month.  The only thing I tried that wasn’t listed on my first post was shredded turkey (I think it was the pepper flavor of Hillshire Farm), which was a tasty way to add some protein.  But I only did it once, so clearly I wasn’t in love.  The last week I got lazy and ate Caesar salad every day when I worked at school.  It just doesn’t get easier than lettuce, croutons, Parmesan cheese, and dressing (I use Ken’s Lite Creamy Caesar.)

I was kinda lame about making my own dressing throughout this thing, BUT, on my last salad post, Sarah described an easy dressing in one of the comments.  All you need is olive oil, apple cider vinegar, honey, and salt and pepper.  Nothing fancy and it’s so easy!  It is seriously SO GOOD!  Both of the salads above are dressed using that combination, and they were so tasty.  It’s tangy and light, and I highly recommend it.  Note: I like my salad dressing cold, so I didn’t like it as much the first time.  I refrigerated the vinegar and that made it perfect!

Basically, even though my month of salad is over, I still plan on eating salad as my go-to weekday lunch.  It’s delicious!  I’m really glad that I picked this as one of my New Year’s resolutions.
« coma bars
Art to Inspiration: Hiroshi Matsumoto »