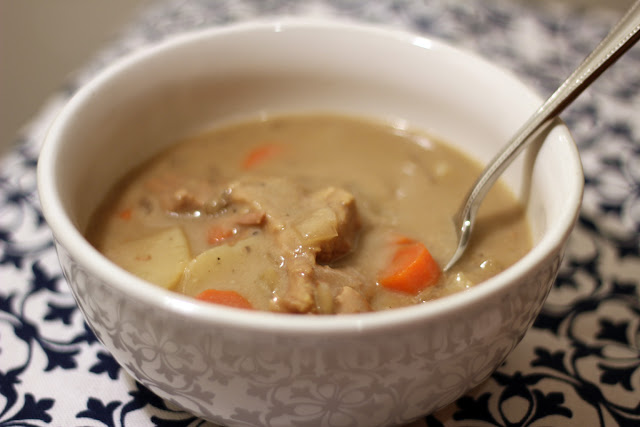 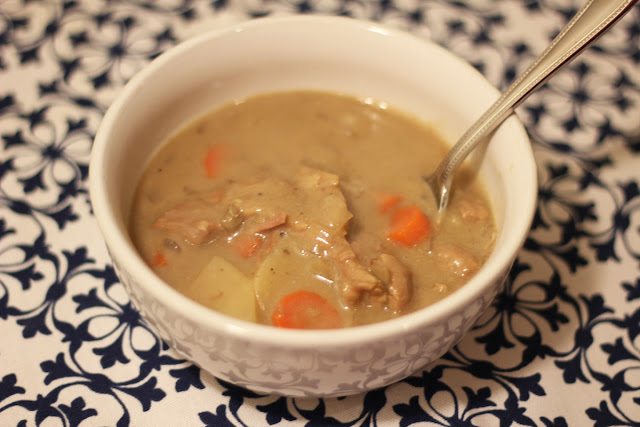 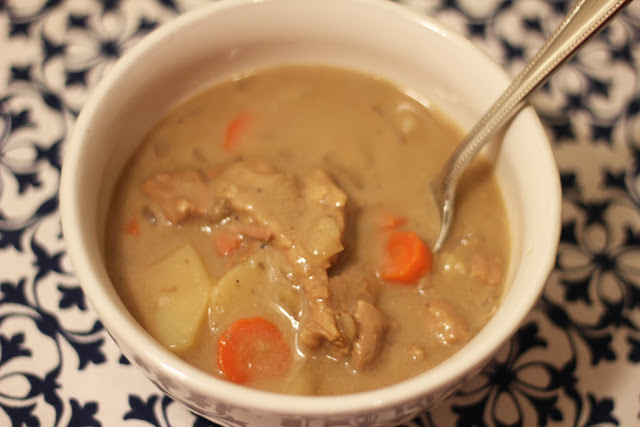 My mom makes a mean stew.  So this winter, now that I have my own crockpot and we are BFFs, I thought I would give it a try.  Verdict: not as good as Mom’s.  But it was a start and I will definitely try again!  Also, I tried to lighten things up by buying one can of soup that was fat free and buying lean stew meat, so that probably was a big factor.

This is one of those recipes that’s not really a recipe and can be changed to how you like it.  Here is roughly what I put in mine:

That’s really it!  All you do is prepare everything and throw it in the crockpot on low in the morning.  The weird thing was that mine cooked on low for about 10 hours and the potatoes were cooked but not really soft, so next time I think I’ll cook it on high for a few hours and then switch to low.
Have you tried to recreate any of your favorite recipes that mom makes?
I know that I basically stopped doing the Kitchen Escapades posts, but I decided that I liked doing one recipe per post better than doing a week’s worth of recipes in one post.  You know, quality over quantity and all that, but also I don’t like blogging about repeat recipes, and Brian was getting annoyed that I had to take pictures of dinner every night.  I think this way is better for us.  Also, I understand that these pictures look kinda gross.  I promise it tasted good anyway.
« it’s possible
New Feature: Tips for Better Blogging »