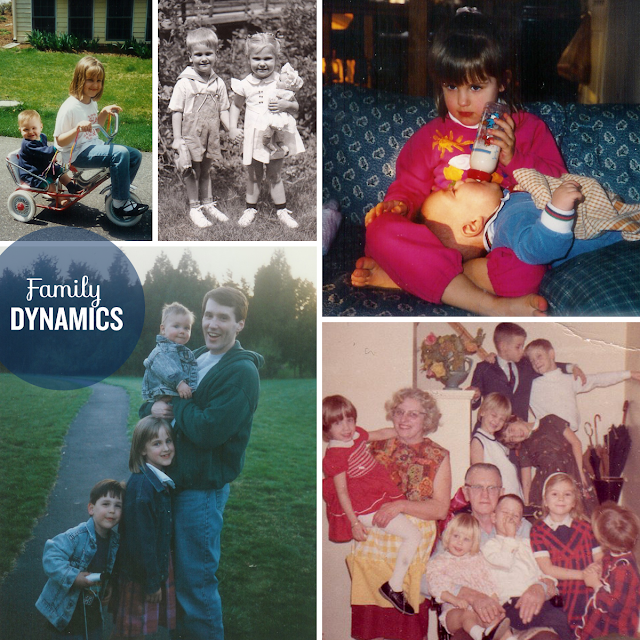 I’ve always thoughts families and birth order and siblings were fascinating.  One kid, two kids, three kids… ten kids?  Oldest, youngest… only?  Just always thought where you fell in your family and how it shaped you was interesting.  I’m one of three, the oldest, and I have two younger brothers.  We are all three years apart. 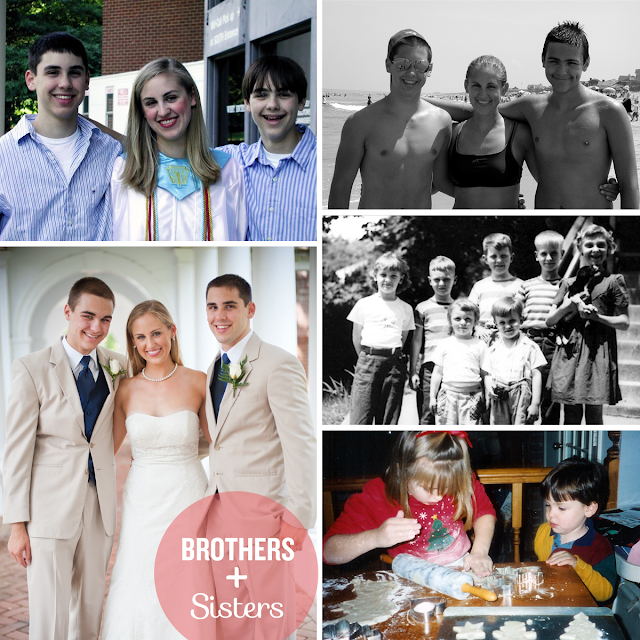 When I was little I wanted a sister SO BADLY.  I thought my life would be like Little Women or something.    Clearly a sister would never walk into my room and swipe the roof off of my dollhouse!  And while I still think it would be fun to have a sister, being the oldest of brothers is a part of who I am.  I’m bossy, an overachiever, and a worrier.    Plus, there are definitely some perks to being the oldest and only girl:

I wouldn’t trade my brothers for anything.  They are the only ones who get all of my obscure references to things we watched as kids.  They are the only ones who will join me in singing the Pokemon theme song in it’s entirety.  And who would sit there and giggle with me as I Photoshop our faces on to Mini Me?  I guess what I’m trying to say is, not only would I keep my birth order and being the only girl and all that, but I wouldn’t trade these brothers for anything.  In good times and bad times, they are part of me.
So friends, I want to know: how many brothers and sisters do you have?  Zero?  Ten?  Are you the oldest, youngest, or a middle?  SPILL!  And if you’ve never said hi before, now is the time.  I want to hear from you!
(All the photos are from my family’s snapshot collection, EXCEPT for the wedding photo which is by JMK Photos)
« balance
New Feature: Share Your Sketchbook »