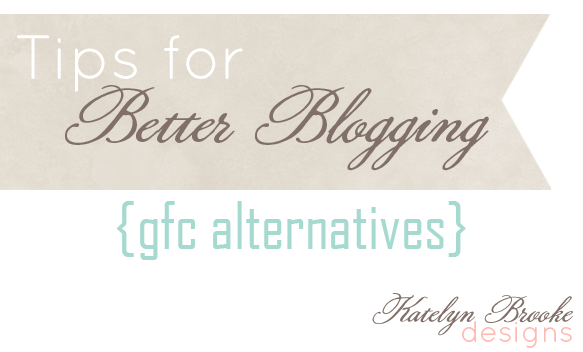 What is the first thing you do when you look at a blog for the first time?  Well, the real answer for me is the blog design, but after that?  It’s the follower box.  This isn’t something that I’m proud of.  I don’t think that more followers means that I’m going to like the blog more, or that less followers means that there is something wrong with the blog.  But with so many blogs out there, the followers box is a quick way to get a little bit of information about the blog.  Sometimes it’s indicative of how popular it is, sometimes it correlates to how long the blog has been around.

The followers box, formally called Google Friend Connect, is being discontinued for blogs not hosted by Blogger on March 1 (see this press release from Google.)  It is my understanding that blogs hosted on Blogger will be unaffected, for now.  However, many blogs not on Blogger have spent a lot of time building up their fan base and are now looking for ways to display that number with something now that GFC will no longer be available.  Here are a few alternatives.

There are obviously a TON more options out there, these are just the few most obvious ones that I’ve seen around.  What do you think about GFC going away?  Are you going to replace it with something else on your blog?  I’d love to hear!

Edited to add: Don’t forget to always have your RSS feed accessible!  Mine is through Feedburner, and you can subscribe by clicking on the tan button under Connect at the top of the sidebar.  Subscribing via email is always another good way to go!  (Thanks Annelise for the reminder, and thanks to Katie for giving me the idea for this post!)