Over the last few weeks I’ve had at least two moments where I’ve realized something embarrassing IN MY SLEEP.  I’ve had plenty of dreams where I felt embarrassed, but these were things that I basically realized were true either while falling asleep or dreaming.  Imagine that you woke up from that dream where you went to school naked and realized that IT HAPPENED.  Not cool.

1.  I recently joined LinkedIn.  I had no idea how it worked.  It’s “people you know” thing kinda puts Facebook to shame- it feels like everyone I’ve ever known OR emailed (so real life and blog friends) pops up.  So I was clicking around looking at people, but not “connecting” with anyone because I don’t know who the heck I’m supposed connect with (Colleagues would be a no-brainer, so let’s assume I don’t have any of those. Friends? Classmates? Any insight would be helpful here.)  Eventually I started seeing this little place where it would tell me people who had looked at my profile.  I didn’t really think anything of it.

THEN I had this dream where the people I looked at could tell I looked at their profile but didn’t connect with them, and were therefore offended.  And I couldn’t really blame them, because I kinda feel like that’s awkward.

THEN I realized that THIS IS REAL.  When I woke up I put two and two together that if I could see who was looking at me, then others could see that I was looking at them.  Is it just me, or does this seem weird for a social networking site?  Imagine if Facebook did that.  The world would be an entirely different place, my friends.

2.  This one hurts more.  I don’t really know how to tell it in a compelling way, so I’ll just come out with it: for some reason this year I thought March was six months from November.  It’s totally not.  It’s four or eight months from November, depending on which side you’re coming from.  This wouldn’t be that big of a deal except that there were multiple occasions in March that I commented, to others, about this relationship.  Like “oh, the election will be over in six months” or “oh, my business launched six months ago.”  Yeah, really, I did that.  I’ve been scared to look at old posts where I know I touched on that just because I don’t think I can handle the shame.

This all just kind of came to me as I was falling asleep.  And I had lots of time to dwell on it that night, because realizing that you’re an idiot isn’t exactly “Rock-a-bye Baby”, if you know what I mean.  These are the things that keep me up at night, people.  Literally.

So what can we conclude from these sad tales? 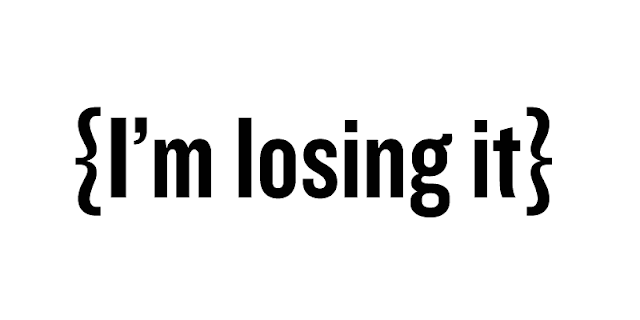 Please tell me about all the embarrassing things you’ve done lately.  Please.  And speaking of embarrassing, this post killed me.  SO FUNNY.

P.S.  To top it all off, I came up with the idea for this blog post while falling asleep, and then subsequently wrote most of it around 5:00 AM in a fit of insomnia that same night.  Way to go, Kate.

« unplugging and thinking about change
hello there »