One of my goals for this blog was to start making more collages and moodboards.  I think it’s a great exercise and a way to find inspiration, but I’ve always felt like the possibilities were so endless that I didn’t even know where to start!  I decided to make a series of moodboards inspired by fictional characters.  And who better to be my first feature than my favorite Disney princess? 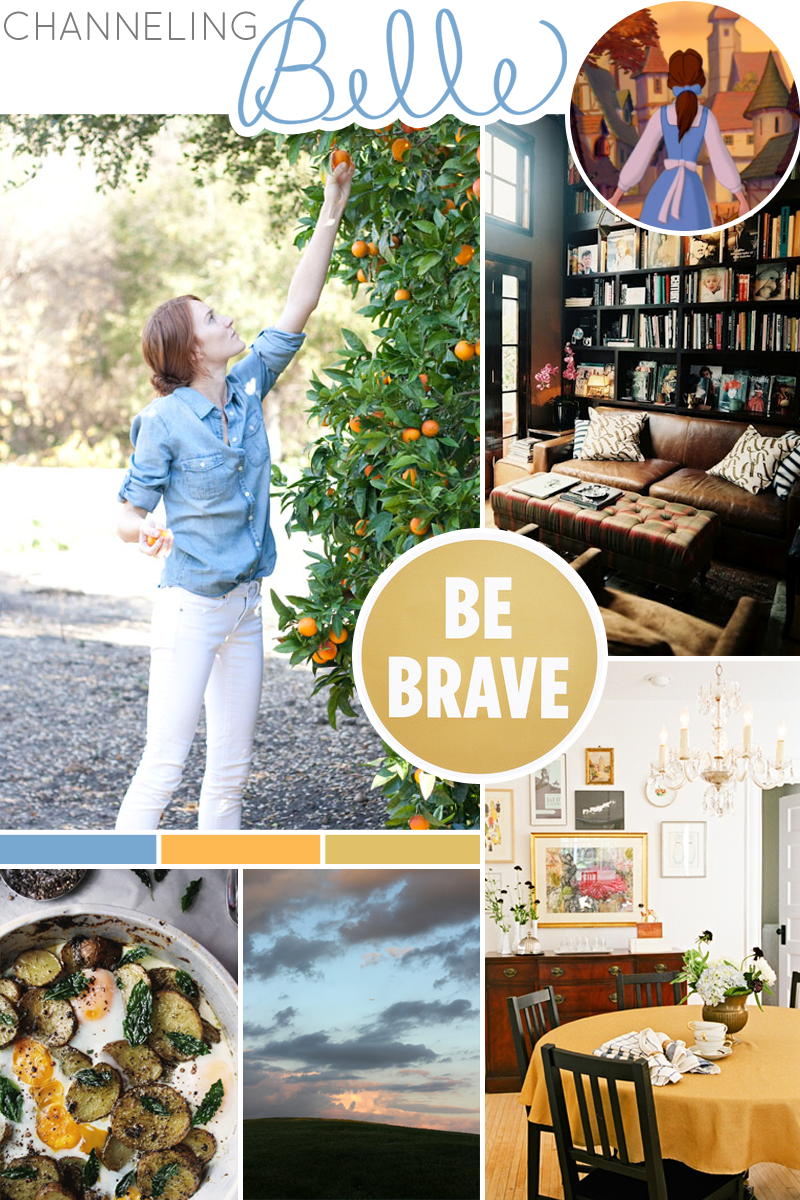 Belle has an understated rustic elegance going for her.  She’s not afraid to do her own thing and she doesn’t care too much about what other people think.  And while she appreciates more than the Provincial life, she’s not about to abandon it entirely, either.

So here’s the question: what characters do you think I should feature in this series?  I was tempted to narrow it to Disney female characters, but I decided to keep it at just fictional so that I have some more wiggle room.  But I gotta warn you- this series has a lot of Disney in it’s future.  Just sayin’.

Photo credits: Could I Have That | Lonny Mag | Jess LC | Notions and Notations | in this place | Little Green Notebook