Brian and I aren’t dressing up for Halloween this year.  You see, we were out of town for the law school Halloween party last weekend, and we don’t typically do anything on the day of Halloween when it falls on a weekday.  So I decided to get nostalgic and look at past Halloween costumes to remind myself that I haven’t always been lame. 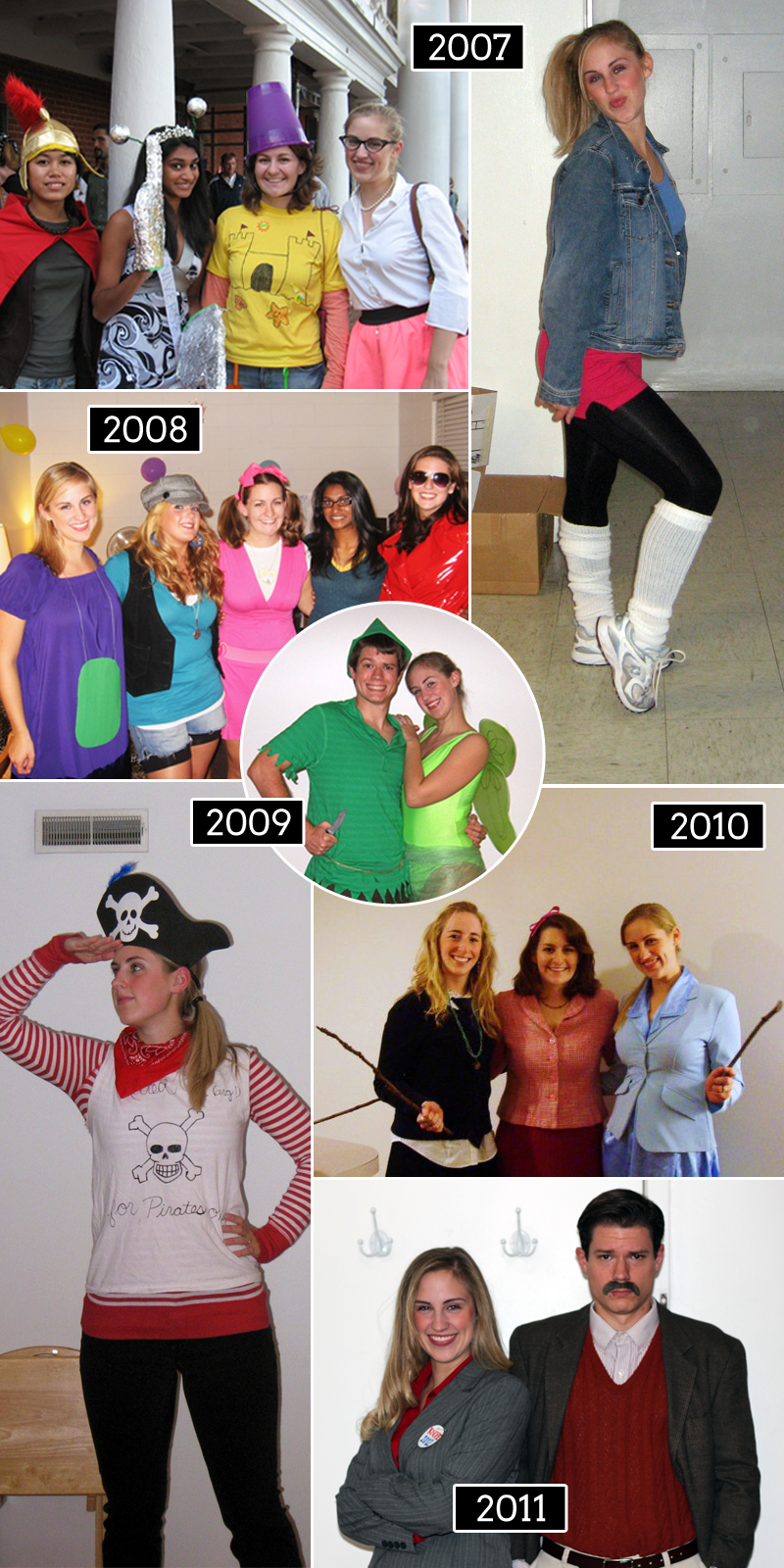 2007: 50s Poodle Skirt girl and 80s girl (apparently I was into the decades my freshman year of college?)
2008: Barney (I think that was actually a 90s character party, but it was better than my Halloween costume that year)
2009: pirate and Peter Pan and Tinker Bell
2010: Fleur (again, Harry Potter party costume beat Halloween that year)
2011: Ron Swanson and Leslie Knope
2012: nothing.

Tell me, friends: what has been your favorite Halloween costume ever?  And are you/have you dressed up this year!  My favorite costumes are always the ones that came together at the last minute or were all scavenged from Goodwill, like my Fleur Delacour and Pirate costumes.

After I wrote this whole thing, I found this post in my archives that reminded me of some of the costumes that I’d forgotten about.  Heads up- that Tinkerbell skirt was not good planning on my part.  Let’s just say that I cropped the above picture strategically.