Today is election day, and while I am one of those people who will be happy to see this day go, I thought that in the spirit of the day it would be fun to feature my favorite female political character, C.J. Cregg. 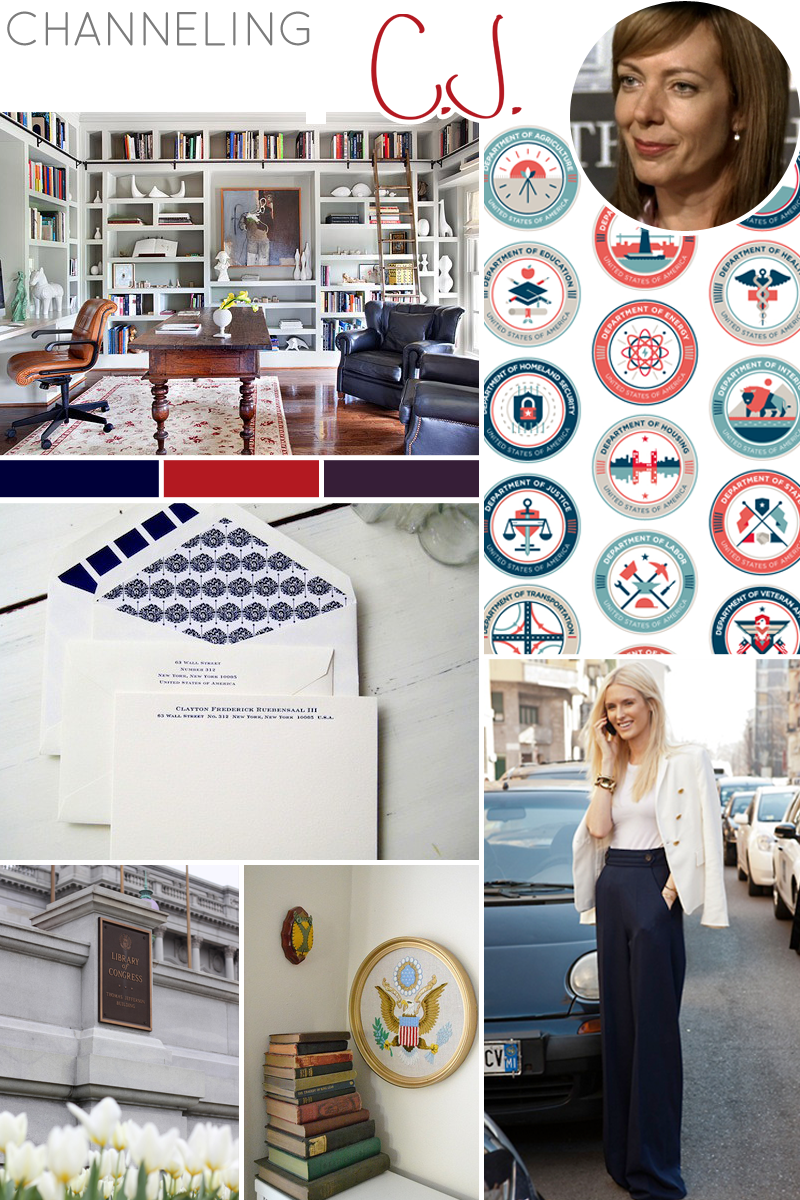 C.J. is diplomacy to a tee, has an incredible wit, and a little bit of quirkiness to boot.  She can take on the world with humor and grace all at the same time.  Basically, she rocks.

Are you a West Wing fan?  It’s kind of my favorite show ever.   Happy Election Day!

Note: this was by far the hardest Channeling post to do so far, partly because C.J. is a workaholic, like everyone else on the show, but also because I just came up with dead ends on a lot of stuff.  C.J. also likes goldfish crackers (and gets a pet goldfish) and apparently drinks grasshoppers- but pictures were nowhere to be found.