If your blog is built on the Genesis Framework (as all of my WordPress sites are!) then you probably noticed a little yellow bar at the top of your dashboard this week telling you that a new version was available.  I was going to push out a reminder to all my clients to make sure that they updated, but I decided to go a little further than that. 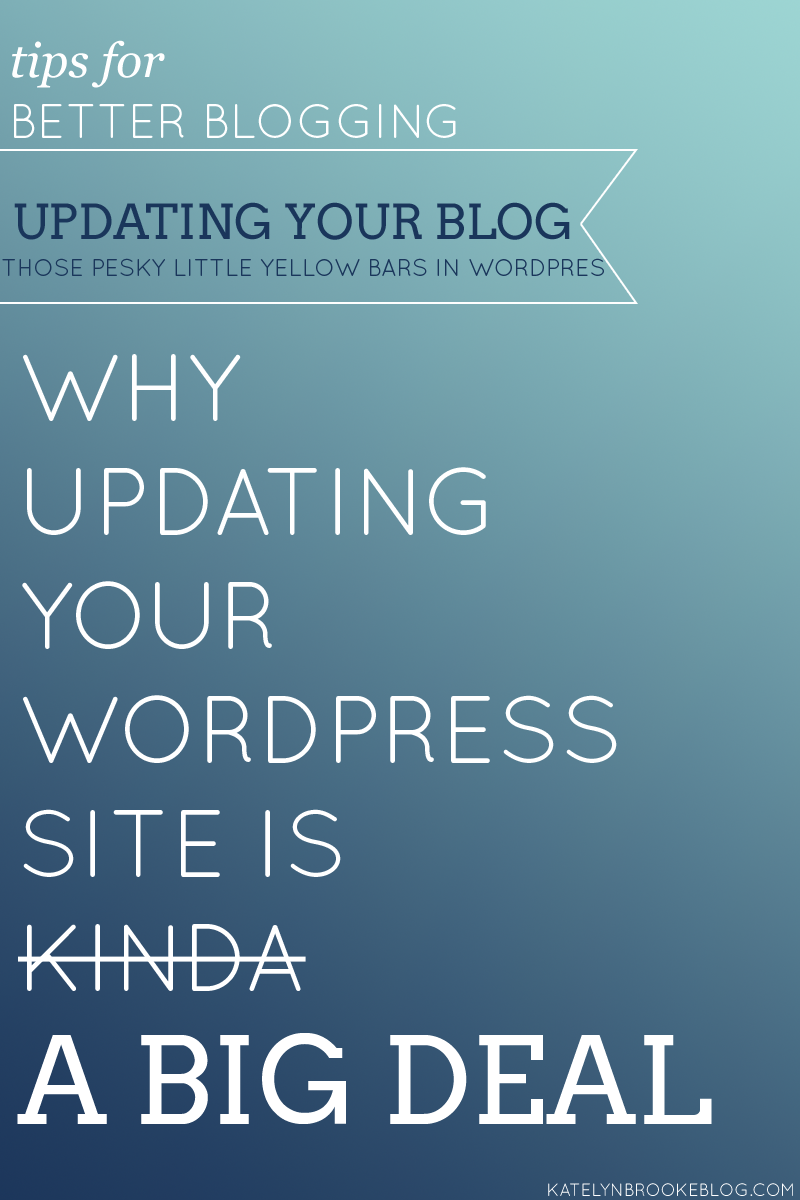 I am admittedly not an expert on the hosting side of websites (other than what my friend Aaron at RFE Hosting tells me!)  I know that it’s important to install those updates, but I’ve never really fully understood why.  So I decided to look into it and share it with you guys!  Here’s what I found out:

Unfortunately, installing updates can sometimes cause some problems on your site.  Although I would like to say that I’ve done, many, many updates and (other than the first problem below) I’ve never had any issues!  Here are some things to be aware of:

It’s important when you update your site to make sure that you back it up first just in case.  I use BackUpBuddy, but here is a great post on how to back up your blog for free.

Have any questions?  I’d love to talk about it in the comments and see if we can’t find the answer together!