I’ve mentioned a few times that last month I took Braid Creative’s ecourse on personal branding (and it was awesome! Seriously, do it.)  One of the things that they cover in there is ways to share with your audience, and one of the ideas is sharing through the lens of a passion project or an experiment.  It got me thinking about the experiments and passion projects that I’ve done on the blog.

Some of the ones that I can remember are In This Place, Channeling, and even my month of salad experiment.  Most recently I did the Creative Cleanse in February, which I really enjoyed but haven’t really kept up with.

Thinking about how much fun I had with those past projects, I knew I wanted to do something like that again, but this time I wanted to do it on a longer-term scale.  Most of those projects have 5 or less posts each.  I wanted something that could be bigger than that.

I got to thinking about having a creative exercise built into my weekly routine.  Something that I could spend 15 to 30 minutes on and be creative.  Work with my hands.  Oh yeah- and I wanted it to be something that makes other people happy.  Not just another piece of paper that I was reluctant to throw away because I might repurpose it later (when we moved it became very apparent how big of an issue that is for me.)

So that’s how I came up with Lettered Letters. 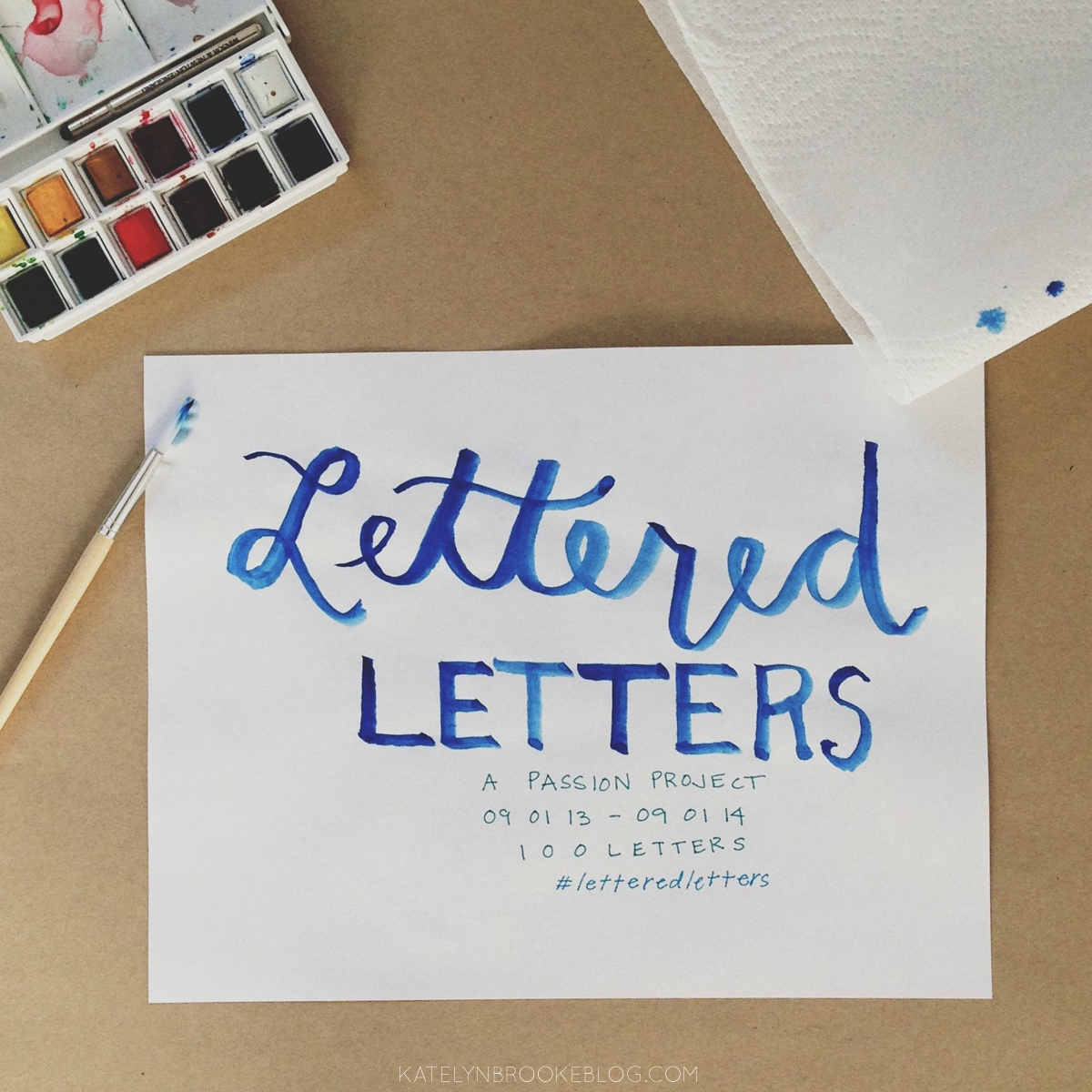 You see, I love lettering.  But it’s not something that I do very much.  It’s something I want to get better at, and we all know that only happens through practice.

I’m also not the best at staying in touch.  At reaching out to people I care about or appreciate just because.

So here are my rules:

2.  I will not overthink this.  Analysis paralysis is something I suffer from a lot.  These are quick, fun little notes that  I will send to people, just for fun.  So no second guessing whether it’s “good enough” or whether someone will think it’s weird or dumb.  Just popping it in the mail, and knowing that they’ll be happy I thought of them.  End of story.

Those are the only rules.  I’m sticking to KISS for this project (keep it simple, stupid) in hopes that the simplicity of it will help me keep it up.

Want to join in?  I’m using the hashtag #letteredletters on Twitter and Instagram to share my progress with you guys.  I’ll also be sharing these on the blog in groups of 4.  I’d love for you guys to send some of your own letters!

How about you?  Have you ever shared an experiment or a passion project on your blog?  Or do you think you’ll join me in this one?!

« Into September
Starred this Week »