Where to start? I’ve mentioned a few times over the last month that Brian and I have been doing Whole 30. As we’ve gone through the 30 days, I’ve been composing this blog post in my head the whole time (am I the only one who does that?) and let me tell you- the tone has changed more times than I can count. It has been up and down, a roller coaster of feeling good and feeling really bad. I’ve been excited to blog about my experience, but now that it’s ended I’m having a hard time wrapping it up in a way that makes sense. 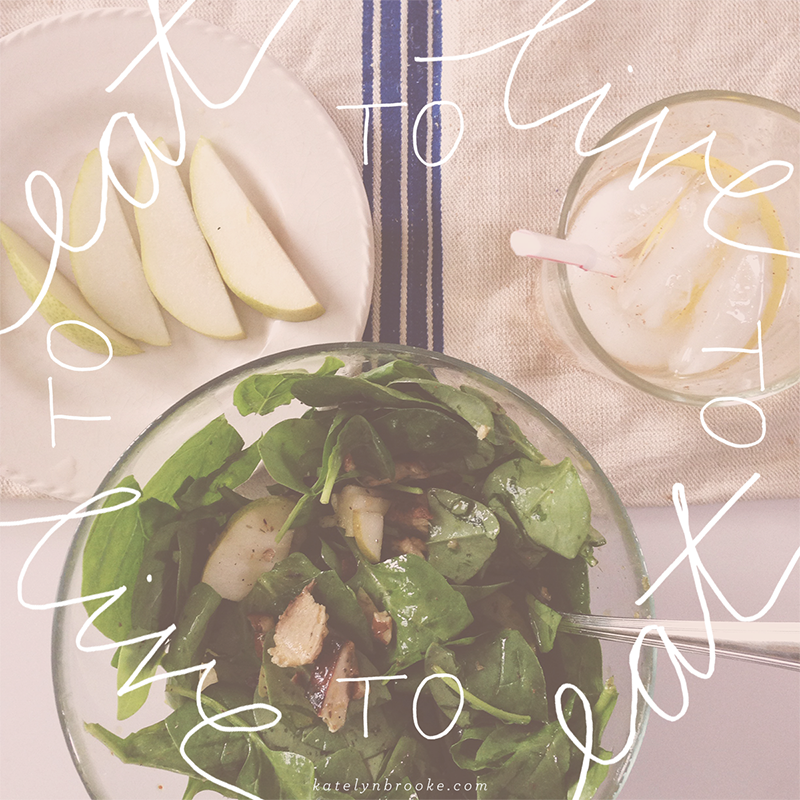 Let me just warn you up front that you might not want to read this while you eat, I’m probably going to share some information that qualifies as TMI.

First, let’s backtrack to the why. I’ve always loved food. I’ve always been a live-to-eat kinda girl, rather than the other way around. I don’t think there’s anything wrong with that necessarily, but I have definitely placed some importance on food in the past when it didn’t belong there.

I’m not really a high energy person. Too often I feel sluggish. I’m pretty self-motivated, but as someone who is self-employed, I usually feel like my ability to focus could be way, way better. Somewhere in the last few years, I started having digestive issues. My dad was diagnosed with Celiac disease last year, and I started to really think that I had it too (still haven’t ruled it out, but it seems less likely now.)

I think I first heard about Whole 30 over a year ago. I saw Lucy post about her experience a little on Instagram, and I hopped over to her blog to read more about it. I was really intrigued, but I never thought I could do that. Like, ever.

Then Anna posted about her experience. I think it was one of those things that you have to hear about several times for it to sink in, and after living with my parents for the last 6+ months I came to realize that cutting out gluten wasn’t that hard, which made cutting out other things seem more possible. We were coming off of a long, long, winter, and I was feeling especially sluggish. I was so ready for a change. Brian was feeling like he wanted to change his diet as well, so I did some more research, and started to feel like this might be the thing for us.

This part is hard for me to write about because I hate to sound like a downer. On the Whole 30 website they explain that this, not eating the foods you love and drinking your coffee black, is not hard. Okay, I get that in the scheme of things it’s not that hard. But for me, this was hard.

The first two weeks were pretty miserable. From day 3 through 14, every night after dinner I had really bad stomach pain. This ranged from me just wanting to lay down to being curled up on my bathroom floor wishing I would throw up (you feeling the TMI, yet?) I kind of “self-diagnosed” myself with acid reflux based on what I could find out online. I think my experience was definitely unusual- Brian was totally fine during this time (other than craving a lot of foods, obviously.) I was so miserable and willing to try anything that bought tea labeled GAS RELIEF in big letters and carried it around with me shamelessly while I shopped at Wegmans.

That’s when I started to get really frustrated with the program in general, because after reading all these amazing testimonials, I started to feel like I was doing something wrong. I scoured the forum, and found all these “shoulds” that weren’t in the rules to being with. Things that are probably in the book that I, truthfully, didn’t read all the way. I’m not an all-or-nothing person, so it was annoying to read all these people talk about the “wrong” or “right” way to do this when I really believe that making any change in the right direction is progress, and therefore a good thing.

The second half of the thirty days were better, but not 100%. I still had the occasional stomach problems, and to top it all off, on Easter (day 28), I dutifully skipped eating chocolate and ate my Whole 30 – compliant brunch, only to puke in the car on the way home. Like in a Target bag at a stop light (sorry, I warned you!)

The next day I ran the fastest 5k I’ve ran in the last 10 years. That pretty much sums up how the whole experience was for me- I’d feel horrible, and then a few hours later everything would be peachy.

Overall, do I feel better now? Sure. I don’t feel as amazing as a lot of the accounts I read reported, but I do feel like I can focus better sometimes and I definitely sleep a lot better. I lost 7 pounds, which feels really good. I think doing this will help me make better eating choices moving forward, even though I won’t continue to eat exactly like this. Brian wants to continue to eat a lot like this, so I think he’ll be transitioning into  a more paleo-inspired diet, and I’ll be adding some things back into my diet in moderation (especially potatoes, cheese, and some sugar.) I’ve also realized that a lot of the things I cut out are things that I don’t really want anymore. For example, sometimes wrapping your burger in lettuce legitimately tastes better than a bun.

Food is such an emotional thing. It sounds silly, but it is. I knew that a lot of the things I ate before were out of habit, not necessarily because I loved them or because they were good for me. This challenged me to really think about everything I eat. And I have a whole new respect for people who make big decisions about their diet on a long-term basis and fight to stick to them every day. It’s hard from a social perspective to stick to your guns.

Tomorrow I’m going to share more details about how we did Whole 30, along with a free menu planning printable and a lot of the recipes I found that I’ll definitely keep in our rotation! Have you ever done Whole 30, or are you considering it? I’d love to hear about it!

« Desktop Freebie: That’s Dope
Our Whole 30: details and a freebie »

6 days ago
Love navy and the solar light attached to the roof || Rock Pap…
Continue Reading
DIY Little Tikes Playhouse Makeover! Dying over this cute cottage playhouse, you HAVE to see the BEFORE!! Such an easy makeover you can do in one afternoon! #diy #littletikesplayhouse