Hey there! If you follow me on Instagram, you may have seen that Ella was born almost a month ago. I had great plans of blogging during my pregnancy, but my to-do list and lack of energy got the better of me. But even though it’s over now, I still want to document the last trimester just to have it for future reference. 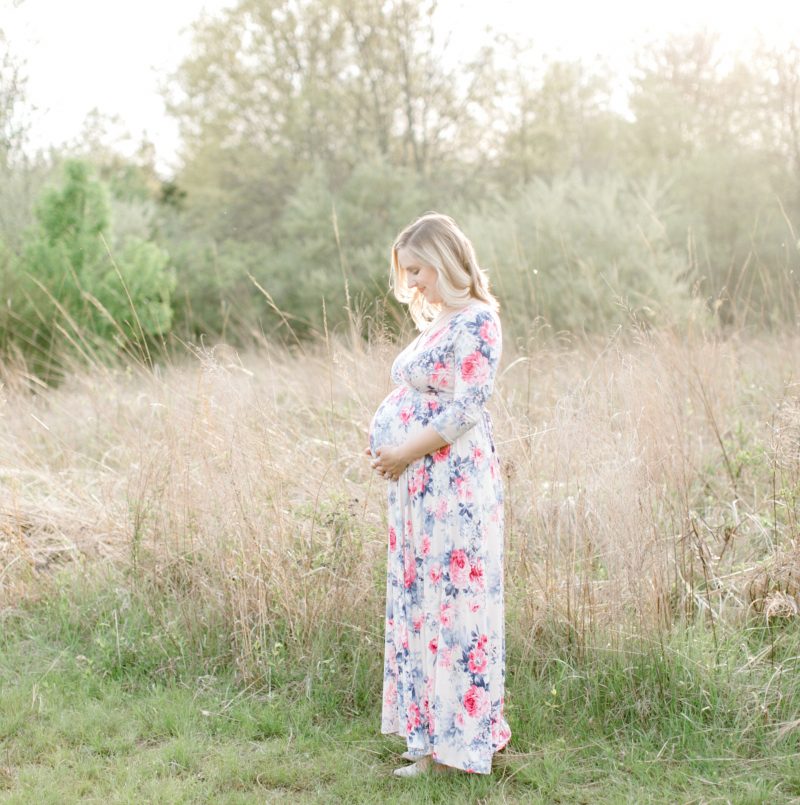 28 weeks – we went to California for our babymoon! We visited friends in L.A. and then went to Palm Springs for a few days. We hung out by the pool, ate out at every meal, and spent a morning in Joshua Tree National Park. It was a great trip!

30 weeks – my family and friends threw me an amazing baby shower, it was so special to celebrate this time in our lives with everyone.

31 weeks – we had maternity photos taken! Marla and I went to the same high school and she’s done work for me in the past, including the branding photos for Homes by French & Co. We took them at a local park and I LOVE how they turned out! I’m excited to put one in Ella’s nursery.

36 weeks – I’m a real estate agent and my husband is a real estate attorney, so our colleagues overlap a lot. Our coworkers threw us a joint work shower, which was so nice – we’re so lucky to work with such a nice group of people.

By the week that Ella was born, I was so over being pregnant. I know every woman says this, but I was really, really done. I was doing everything in my power to get that baby born early, and well… it worked out! I’ll share more about that in my next post about her birth story.