Saturday marked 28 weeks which means I’m officially through the second trimester. So crazy! In some ways, because my nausea continued well past my first trimester, I feel like this pregnancy has been divided into two phases instead of three. But I guess I haven’t hit the third yet, so we’ll see! The beginning of my second trimester was SO different than the end, and it’s hard to make generalizations about what I’ve been eating or craving because it has changed so much. 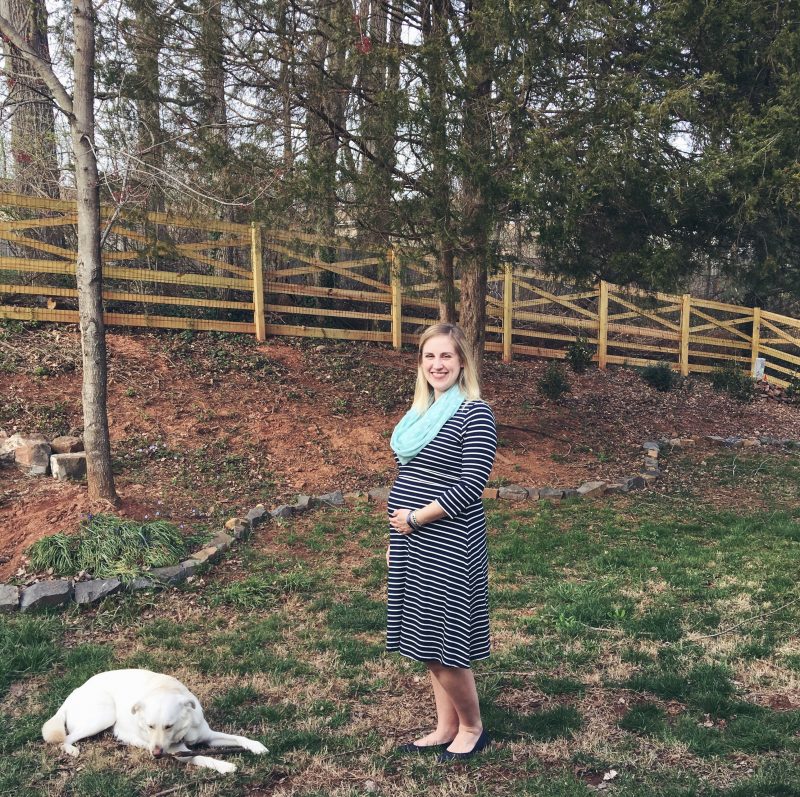 Overall, the second trimester has been so much better than the first. Still not great at documenting everything (the photo above is from Easter haha) but I’ve taken some notes along the way and put them below!

15 weeks: think I felt the baby move for the first time – it’s hard to tell at first!

20 weeks: had what might be our last ultrasound, everything looked good and we got to see her wiggle around.

24 weeks: Brian got to feel the baby move for the first time.

25 weeks: first heartburn experience! So fun. Luckily it hasn’t continued much, crossing my fingers that I don’t encounter much of that in the third trimester.

Even though I’ve heard the third trimester can be uncomfortable, most of the fun things that are associated with having a baby seem to be concentrated there (babymoon, baby shower, maternity pics, getting ready for baby, etc.) so I’m honestly really looking forward to this next phase!